If you’re like me, you’ve had a few dreams of either being in space or something else space related. You may have seen planets, the moon, the stars or even satellites and rocket launches, etc. There are many possibilities but these are just a few. Since I’ve had several of these myself, including some new ones, I thought this is a good time to write a little on what some of these could mean if you’ve had anything like this.

Some of these space dreams will be symbolic but others either literal or near-literal. I’ve had all of the above myself so I’ve become fairly good at differentiating which is which. As you read the below, this will help give you some ideas you can work with to figure out what you might be seeing in your dreams as well. At the end, I’ll give an update to my “science dreams series” by including the description of a vision I had recently and what it connected to in real life.

If you’re new to the idea of interpreting dreams, I have a ton of resources (my articles here or my store page where I recommend many books and audio materials). There are methods I recommend and methods that I do not recommend when it comes to this subject. Just as we see in the Bible, there are true and false ways of interpreting dreams and it should be obvious which category I am in here. 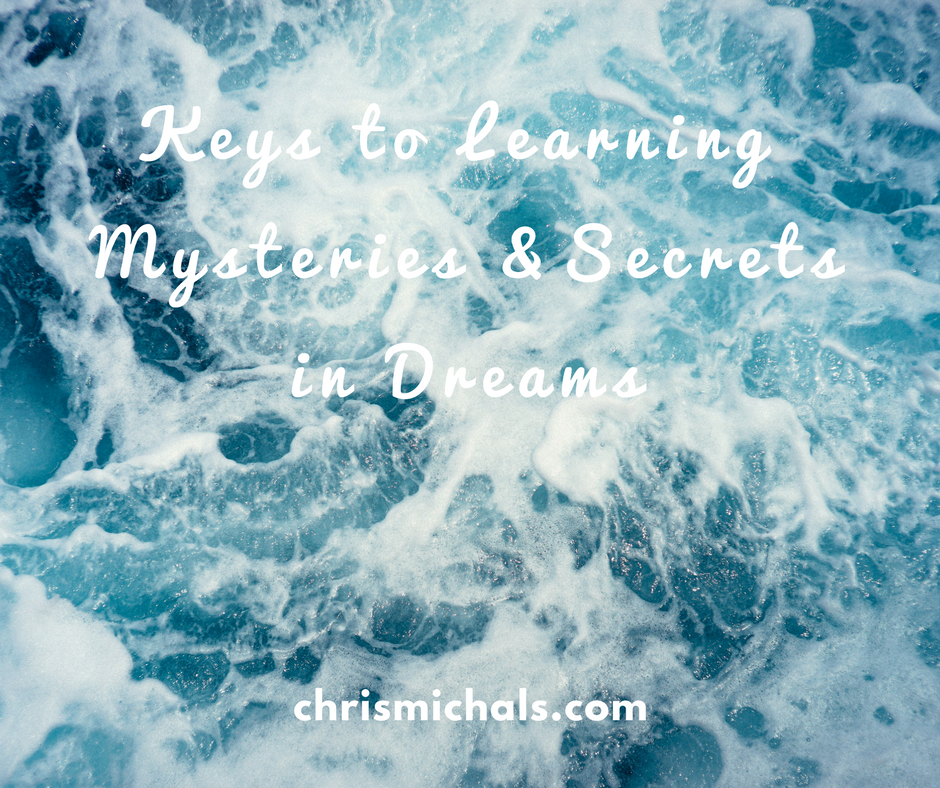 Keys to the Learning Process for Interpreting Dreams

I hope you’ll check that out if you need to. And aside from that, I’d rather just get straight to the dreams and visions for today’s topic so I’ll skip some of the more basic explanations that I often include in my other blogs. Below now I’m going to give two primary illustrations of my own very recent dreams and visions that should help give you some ideas you might find useful…

This is a very recent dream I had that should be excellent in helping you get some ideas what your space dreams may mean. Because I just had this dream, I’m not going to be too definite on trying to determine what the meaning is just yet.

And that’s a really good key in case you just missed it… until you’ve had enough time to let God confirm and speak to you about the meaning of your dream, don’t make the mistake (as we all do) of jumping too fast on what you believe it means. Remember the admonition in Proverbs 19:2 that jumping too quick is a sign of a lack of wisdom and maturity. So anyway, here’s my recent dream and what it might mean if you had it…

October 20, 2019 – I’m in a large passenger carrying boat at dusk and a small, long grey high speed Navy attack boat is next to us. I then see everything from high above… there’s a long range weapon system that combines a laser detection system (probably from an aircraft aiming from the east) and then a space weapon deploys from a satellite orbiting high above earth, aiming for the target designated by the laser system. The probable aircraft laser designation system works in conjunction with the satellite weapons to single out the exact target and then the space weapon is fired directly to the target illuminated by the laser.

(A few details are intentionally omitted in the event this turns out to be a literal dream of military weapon systems.)

My thoughts on this dream was that it looked very much like a Marvel Avengers movie scene with a Tony Stark type space based orbiting weapons platform. If you’ve seen those movies, you know how they combine land or air based targeting with calling in space weapons to assist in some situation. Perhaps the best example was in the most recent Spider-Man: Far From Home movie with the newest “Edith” AI system.

So let’s consider at first that, because of my US military background, God may be speaking to me about a literal space-based weapons system which could be part of the new US Space Force that’s in process of being stood up. When you combine the context of my background and the images in this dream, the probability is very high that this is a semi-literal dream. Let’s put that up on the “to be determined” list and move on to some totally symbolic options which could make this dream have a very different meaning to someone else.

The way I like to interpret my own dreams is by making a list of the primary symbols and then give various possibilities for each. As the days or weeks (or much longer) goes by, I then try to see which of the possibilities seems most likely, or which become confirmed at a later time. So, here we go…

I’ve also written before that many of my dreams have had multiple meanings and at times, God gives me a “right now” message by using a dream that actually has a much bigger and more primary long-range meaning. After chatting with a friend about this dream, I believe this is a dual meaning dream. Let me give a probable “right now” interpretation which fits 100% with a situation ongoing which I will just vaguely allude to here…

A certain friend has been having very big problems with harassment from a person in a position of authority in his life. Let’s say that the boat I’m in represents me and what I do here with this blog (since the boat carried a semi-large number of people). The Navy fast attack boat represents my friend. The distant laser targeting represents a pinpoint accurate strike being called in against the friend’s threat.

The space weapon deployment is as I said above, a Tony Stark type single weapon deployed to take out the threat in something like a “kill order” that Peter Parker was able to do with the Edith AI system linked to his smart glasses. And if you knew the real life details about the person being “targeted” here in this dream… you’d understand this a lot more. This person is even more wicked than I thought at first. But maybe I’ll tell more in a video later on.

I suppose this is a good time to mention that, since we are in the “days of Elijah” and for those who are connected to JMMI and Apostle David E. Taylor, we are learning Marvel powers and the true power of sonship. The above interpretation here is sufficient to inform everyone that Elijah type power is now brought back on the scene and yes, what he did in 2 Kings 1 can be done today, especially in the face of many wicked pharaohs in the governments of all nations.

But I will forewarn you whom ye shall fear: Fear him, which after he hath killed hath power to cast into hell; yea, I say unto you, Fear him.

If you don’t think what I’m saying is true, I’ve written on things like this many times and I’ll say it again – you need to stop being a powerless sissy church sheep and get on board with true Biblical reality. And there’s only one place you can do that – JMMI. My previous blog about politics and church people should clarify a few things on this exact topic as well.

The image I’ve included below was a vision I had during the daytime when I was awake and lasted probably less than two seconds. Here’s what I saw and what it connected with…

September 29, 2019 – I saw a rocket launching very rapidly in a night sky setting and the exhaust was an orange electric lightning-type “flame” (see my digital sketch image below – this is exactly what I saw).

At first, I wasn’t sure what to make of it except that I knew this was about nuclear fusion technology and David Adair’s rocket from 1971. A few days later or so, a friend sent me a very recent video from September 2019 of David Adair speaking to an audience in the UK about his space plans that he’s been developing for the last several decades. Apparently, this was possibly the first time he came out publicly to reveal all this.

So… my vision was a near-literal head’s up about my friend sending me that video and God’s way of confirming in advance what Adair was saying to that audience is true. The fact that the rocket launched rapidly was literal because, as Adair describes of his 1971 fusion rocket launch, it left the launchpad at approx 3,500 mph. Secondly, this rapid launch in my vision also had a dual meaning to say that Adair’s plans in his UK speech will take place rapidly once they become funded.

The purpose of this vision was then to let me know I needed to see that video my friend sent and that the information there must be included in my “science dreams” research for my own part in an energy technology breakthrough coming soon.

That’s all I plan to include today here but I believe the above two examples and my explanation of how these dream/visions either have played out or may play out should help you understand some of what God may be showing you in your own dreams. Remember that God has been in the business of giving all sorts of helpful clues in dreams that have turned into science breakthroughs, technology inventions and of course, personal messages of all sorts – as I have written extensively here on my website.

The more you honor God’s unusual parabolic methods of communicating with you in your dreams at night, the more you will see big things begin to take place in your life. Honor is the key to dealing with anything from God!! Honor God and the people He has set up in various positions and in return, He will give you many unexpected and very beneficial things that you really can’t afford to be missing in your life.

Take my advice, from my own last several years of experience – this is 100% true!!

Send requests for dream interpretation using the contact form at this page:

Sign up for my email updates and connect with me on all forms of social media.